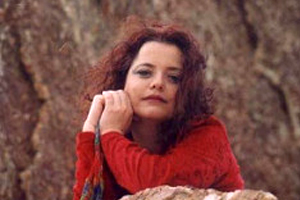 Yifat Cohen is a musician who plays the flute, a vocalist, and a performance artist. She graduated with honors from Thelma Yellin High School, where she learned the flute.
During the years 1990-1995 she was a student at the Utrecht Academy of Music, specialized in flute music and graduated with honors. She has an MA from the faculty of Ancient Music.
Within the Creation Project of the Raz-Ram Foundation Yifat worked with artists from the dance world and together they developed an interdisciplinary creation. The experience led Yifat to take part in a Physical Theatre and Live Art Workshop in Seminar Hakibutzim. Yifat performed in Seminar Hakibutzim, in Tamar Raban’s Bimat Meizag, on Open Stage Evnings in Temuna Theatre and in Beit Lessin, and in “Jinga” events.
Recently she accompanied the Butoh artist Jun Wakabayashi and the group of Contact dancers with Arie Borstein and Sandra Amsalem. The Raz-Ram Foundation helped Yifat producing the disc of “Kol-Kulley,” an original and unique musical solo performance created by Yifat. 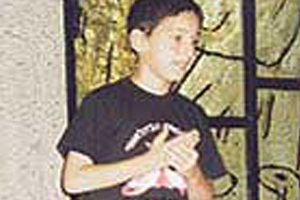 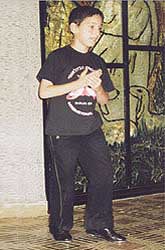 Raz lives in Raanana and is a specialist in tap dancing. Shirly, whose father was one of the athletes who was killed at the Munich Olympics, tutored Raz. The connection between the two, which began with their tutoring, grew, and Raz recently participated in the annual memorial ceremony for Amizur Shapira, Shirly’s father. Raz continues to study tap dancing and his dream is to make it to Hollywood. The Raz-Ram Foundation will be with him on his artistic journey. 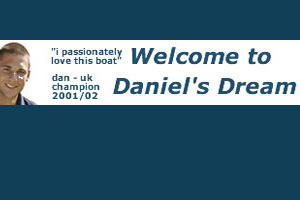 Dan became disabled at the age of 15 after major surgery to combat cancer. During his long and difficult battle with caner, Dan was an exceptional example of courage and a source of inspiration to all who were privileged to meet him. Sailing was a part of his life before he developed cancer, but it became a main focus for him as a channel through which he could release tension and frustration, set himself goals and aspirations and rise above his trials.
Dan reached the top of the national Challenger Class in 2002 by winning the four home nations regattas and the overall UK trophy, a feat that had never been achieved before in the same year.
Dan’s dream: “To make the joy of sailing the challenger available to disabled people across the world and promote the boat so that it can be sailed in competition at the highest level (world championships) eventually to become the multi-hull boat in the Paralympics” 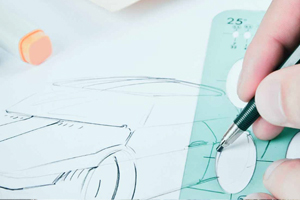 First prize, design contest “Creating a New Movement”
Graduated from the School of Industrial Design, Hadassah College, Jerusalem. A motorized tricycle for children with disabilities
A graduation project, School of Industrial Design, Hadassah College, Jerusalem, 2003, with “Tzora Active Systems Ltd.”
The project aims to design and develop a motorized tricycle that will accompany the child during physical rehabilitation treatments and afterwards, as an aid that would help the child achieve mobility, independence, and most of all – fun. The project aims to develop a product that will be seen as desirable to children, by treating children with disabilities first of all as children and not as invalids.
The Tricycle is based upon an Active Passive Trainer (APT) for upper and lower limb exercising that enables active and passive activity, according to the patient’s abilities.
The combination of the APT and the tricycle enables the children to ride the bicycle and suppresses pathological reflexes. Apart from the joy of physical activity, the children gain a treatment to improve their physical condition. The combination of the motor and a control system makes it possible to achieve various levels of effort and resistance that make the tricycle unique when compared to similar products.
The tricycle won the first prize in the Model Car Design Contest, “Creating a New Movement,” that was initiated by the Raz-Ram Foundation, under the aegis of the Association of Car Importers in Israel and the City of Nes-Tziona. The tricycle will be commercially manufactured by Tzora Active Systems, Ltd. 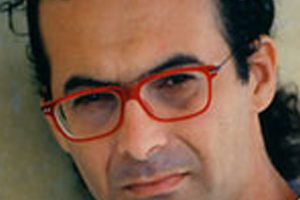 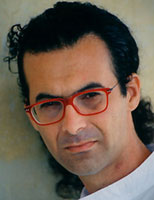 A heart of flowers
Oren Pravda, the flower artist, a creative sculptor and gifted designer, passed away after a long struggle with cancer. Oren was involved in the Creation Seeds of the Raz-Ram Foundations, especially in the science and arts project, which he supported through its creation phases, but in the end couldn’t participate due to his failing health.
Oren’s spirit, a spirit of creation, openness, abundant kindness, the forceful linking of creativity, intuition, rational and moral judgment, and the memory of his unique personality, his gaze, smile and voice, still linger with all his friends, and will stay with them forever.
The photographs attached reveal the breadth of his artistic work. Apart from stage design for grand special occasions Oren was a sculptor and his work was shown in various places. He had a special connection to the world of flowers. Seeing the realm of Flora through creative eyes and combining it within a conceptual frame of artistic and utilitarian design – that was Oren’s art and his craft. Oren chose an academic route that took him to the fields of biology, and later he decided to enrich that connection to the realm of flora through an imaginative and creative approach to design.
His creative spirit, so full of love and art, will always be
with us. 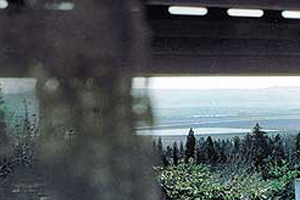 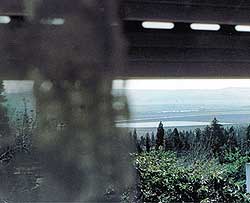 The Raz-Ram Foundation supported the publishing of a collection of photographs and poems entitled “To Remember – To Breathe”. Ofra, who lost her father at a young age, reveals in words and through the camera lens a rich and complex emotional world, which has at its foundations, her creative expression of the experience of loss.
“To remember to breathe all the time don’t stop breathing even though you are tempted in your sleep when I’m near and when I’m distant remember there’s enough air for me too.”