The Ramah Seed of Creation 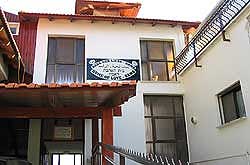 The Love and Peace Theater- Background
“House of Love and Peace” is a boarding school located in Kfar Ramah, a village in the Western Galilee. The school, which was founded by a local minister and his wife, provides a warm and supportive environment for about forty children and youth who are either orphaned or have been removed from dysfunctional homes.

Raz-Ram Fund invited the children from the Love and Peace school to participate in several Raz-Ram events at sites around the country: a one-day Creative Happening in Jerusalem which included a visit to the President’s Residence, and an evening of artistic performances by Raz-Ram artists at the Enav Center in Tel Aviv. From the start, both the school management and the students expressed a strong interest in developing their own creative program with the Raz-Ram Fund. During the Enav Center event, one of the students from the school announced that, by next year, he wanted to be performing on the stage too.

Today, through the Raz-Ram Fund, the Love and Peace Theater program is underway. Achmed Dohan, a talented theater professional from Nazareth, who recently returned from a long stay in France, has begun work with the school’s students on a theater production entitled “A Story of Love and Peace”, which will be performed during the summer. The production, which addresses the problems of children around the world, uses techniques of movement to emphasize the issues of freedom, growth and love.

This is the first stage in a program that the Raz-Ram Fund is developing for boarding schools, which emphasizes the promotion of an integrated, creative outlet which will answer many of the needs of its students. It is hoped that this theatrical program, now being developed at the House of Love and Peace, will also serve as a role model which can be adopted by the many institutions of this kind in the country. 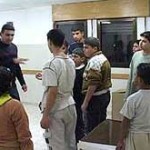